You are here: Home / differences / Comparison of physical properties of POF and PE and PVC shrink film

1.What is shrink wrap made of?

Its function is to effectively protect the packaged products through strong contraction force to achieve dust-proof, moisture-proof, anti-collision, and anti-loose effects, and to improve the grade of the product.

The root of shrink film roll is plastic products. Most plastics are high molecular polymers formed by polymerization of by-products refined from fossil raw materials such as petroleum. 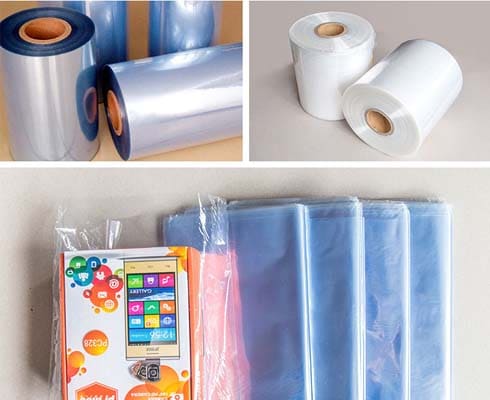 Thermoplastics, such as synthetic resins in polyolefin systems, are direct products of the petrochemical industry. The so-called polyolefin plastic is a general term for plastics whose monomers are olefins. The material of plastic flexible packaging is a base material processed from petroleum by-products. Such as BOPP, CPP, CPE, IPE, LDPE, PET, PP, NY, toluene, ink, glue, and other materials are all closely related to petroleum.

The common heat-shrinkable films in the market are as follows: POF.PE.PVC.PET and so on. Each type has its place in the market due to its price and performance.

2.What is PVC shrink film?

Once as the world’s largest general-purpose plastics, we have to mention PVC.

Although it was included in the list of 3 types of carcinogens in the 2017 World Health Organization’s International Agency for Research on Cancer list, PVC still has an unshakable status due to its wide range of uses and low prices.

The full name of PVC is Polyvinyl chloride, which is the product of the polymerization of polyethylene monomers by free radicals. It is an amorphous polymer with a small amount of crystalline structure that uses one chlorine atom to replace one hydrogen atom. It was first discovered in the 19th century. In 1912, Germany applied for a patent but did not develop PVC products. It was not until 1926 that the American B.F. Goodrich Company successfully synthesized PVC and obtained a wide range of commercial applications.

The color of PVC particles is yellowish translucent and shiny. The transparency is worse than that of polystyrene. According to the number of additives, it can be divided into soft and hard polyvinyl chloride. Soft products are soft and tough, and feel sticky; the hardness of hard products is higher than that of low-density polyethylene but lower than polypropylene, and whitening will occur at the inflection. Hard products are stable and not easily corroded by acid and alkali, and have good heat resistance. Polyvinyl chloride can be made by the chemical reaction after the substitution of ethylene, chlorine, and catalyst.

Because of its heat resistance and fire resistance, it is widely used in products in various industries: wire sheaths in the electrical industry, handbags, and shoes, construction and furniture industries, children’s toys, medical aids, cleaning gloves, and shrink film and preservation bags.

PVC heat shrinkable film is a kind of film made of ethylene-based PVC resin and more than ten kinds of auxiliary materials after secondary inflation. It is widely used in the packaging of food and medicine, stationery toys, basic building materials, daily necessities, and other products.

The density of PVC shrink film is 1.22-1.38 g/cm3, which is calculated according to 1.4 g/cm3 in the industry.And the softness will be lower. Opaque will be higher. PVC shrink film can be made into a monolithic film, double-folded film, tube bag according to requirements.

4.What is POF material? 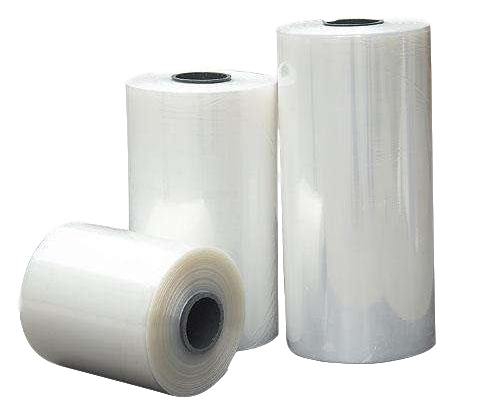 Due to the poor tensile properties of PP in the melt state, the traditional blow molding process cannot be used. Instead, the double-film bubble process is used, also known as the Pulandi process in the world, which melts and extrudes the raw materials through different extruders. The designed co-extrusion die head is quenched after the initial film is formed, and then heated and expanded twice to make the product.

POF film is a new type of environmentally friendly shrink film produced in response to market requirements. It has developed rapidly and is almost the most widely used packaging material on the market. The compatibility of the packaging is very strong, and almost all regular and irregular products can be packaged.

The density of POF is 0.92, and the thinnest thickness can reach 0.012mm. POF shrink film can be manufactured into monolithic film, double-folded film, tube bag according to requirements.

If the shortcomings of POF, then I think it is because POF has a low specific gravity, so the film is very thin, which is not suitable for heavy products.

1. Different definitions: this can be concluded from the article
2. Different uses:
The price of PVC is very cheap and the output is very high. It has the characteristics of rainproof, fireproof, antistatic and easy to shape, and is widely used in the building materials industry and packaging industry.
POF is a tear-resistant heat-shrinkable film. It is currently widely used internationally and is an environmentally friendly heat-shrinkable packaging material recognized by the European and American markets. It complies with the US FDA and USDA standards, and is made of environmentally friendly materials. It is an environmentally friendly packaging material that can be recycled and reused. Especially suitable for the pharmaceutical industry and the food industry. The product meets the requirements of “GMP”. It has a soft texture. It has high tensile strength, high tear resistance, and adjustable shrinkage. It is suitable for automatic high-speed packaging machines. It is widely used in plastic beverage supplies, office supplies, books, electronic products, photo frames, washing supplies, Cosmetics, dairy products, video tapes and other products.
3. Adapt to different temperatures:
PVC is poor in cold resistance and may break during transportation, and embrittlement in cold weather. The packaging is easy to deform after a long time. It has poor antistatic ability and is easy to contaminate dust, which makes the product contaminated. POF has excellent cold resistance. , -50℃ is not hard, not brittle, not easy to break.
4. Environmental protection is different:
Compared with PVC film, it is environmentally friendly, non-toxic, degradable, and does not produce toxic gas during heat sealing.
5. Different security:
Compared with PVC film, the four corners of POF shrink film are softer and will not cut the skin after shrinking.

7.What is PE material?

Let’s first understand the raw material of PE film, that is, polyethylene, which is a thermoplastic resin made by polymerization of ethylene. Polyethylene appears as a colorless liquid in the state of low molecular weight, and appears as colorless or milky white waxy particles or powder in the state of high molecular weight. It is non-toxic and has good low temperature resistance. Excellent electrical insulation and low water absorption.

Polyethylene was synthesized by the British ICI company in 1922, and in the following years, it was successively obtained by the United Kingdom and Germany through high-pressure and low-pressure methods. 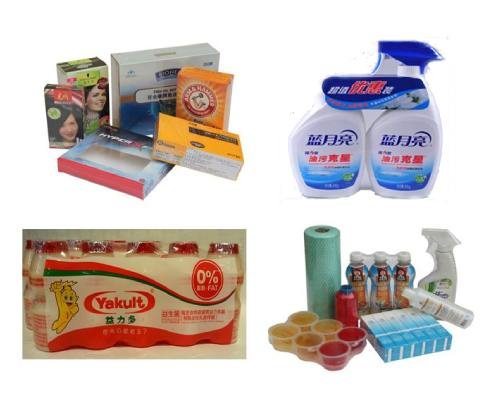 Polyethylene can be divided into HDPE, LDPE and LLDPE because of its polymerization method, chain structure and molecular weight. Commonly used in industrial packaging films, building materials, wires and cables, large and small pipes, etc.

Because of its strong adhesion, PE shrink film is often used for manual winding or machine winding, and becomes a stretch film in the industry. It is common in winding protection before the machine is shipped and winding of some large industrial products.

The main component of PE film is polyethylene, followed by silica, pigments, anti-ultraviolet agents and antistatic agents, etc. It is a surface protective film, commonly used for manual stretch film, machine stretch film and some heavyweight The packaging of products is mostly used for collective packaging, such as: beverages, cloth, ceramic tiles, building materials, etc.

1. Different application areas:
PE heat shrinkable film is widely used in the entire assembly packaging of beverages, various dairy products and other products. The product has good flexibility, impact resistance, strong tear resistance, is not easy to break, is not afraid of moisture, and has a large shrinkage rate.
The application potential in the POF field is quite huge.

It is widely used in the whole assembly packaging of wine, cans, mineral water, various beverages, cloth and other products. The product is flexible Good performance, strong impact resistance, tear resistance, not easy to break, not afraid of moisture, shrinkage temperature is about 200 degrees.