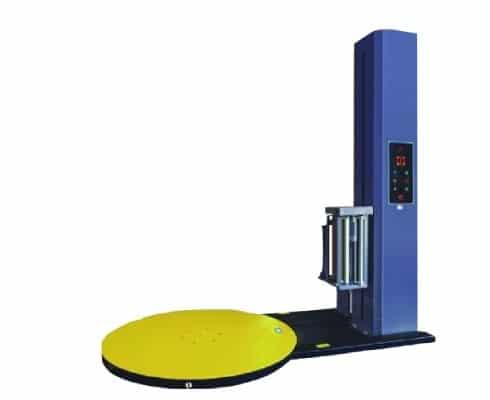 In order to meet the packaging requirements of cargo containerized storage, transportation and mechanized loading and unloading operations, the tray type, press top type, thick drawing type and pre-drawing type automatic film winding series are designed and manufactured. It is widely used in the assembly cost of foreign trade export, food and beverage, system, paper, fuel, plastic chemical, glass ceramics, electromechanical castings, etc., to improve production efficiency, and to prevent damage during the handling of goods, and to prevent dust, Moisture and cleaning.

How to use stretch film machine?

The working mode of the pallet winding machine is as follows. First, place the wound object in the middle of the turntable, and then start the motor to make the turntable rotate at a constant speed, and the object is surrounded by the winding film.

Meanwhile, the elevator motor is activated, which will drive the entire assembly of the binding machine to move up and down, so that the object can be wound in the height direction, thus realizing the wrapping of the entire outer surface of the package. There are many advantages, which facilitate the storage of goods and the requirements of mechanized loading and unloading, and effectively prevent the damage to goods during the loading and unloading process, reducing production costs and improving production efficiency.